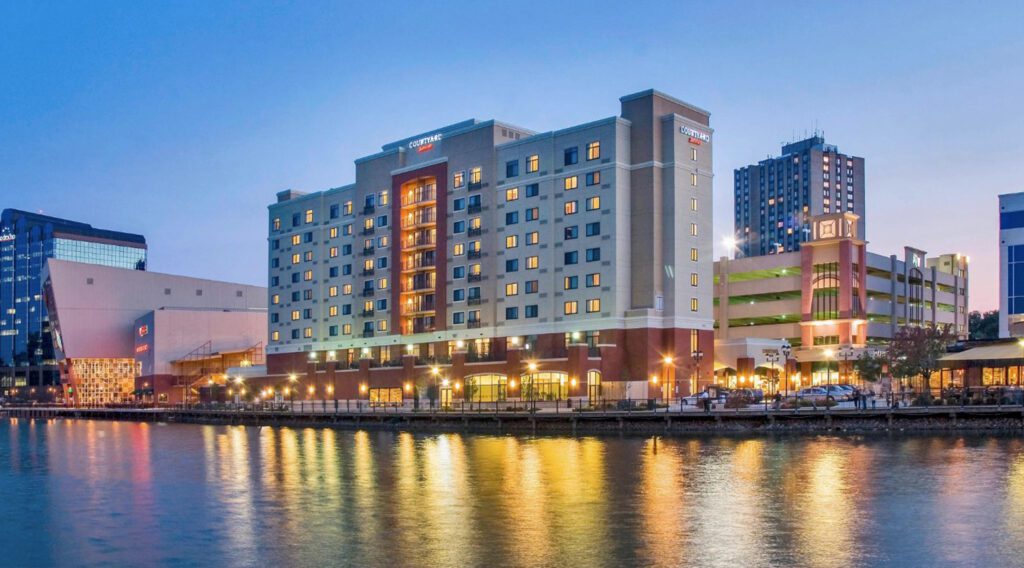 With more than 70,000 residents located in the heart of Montgomery County, Gaithersburg is one of the largest cities in Maryland. Here you’ll find an excitingly diverse population living in a mixture of housing types in warm, welcoming neighborhoods. Gaithersburg combines a respect for its heritage, demonstrated by revitalization efforts in the Olde Towne residential & commercial district, with thoughtful planning for new communities. Our businesses range from world renowned technology companies to family-owned restaurants & service providers. With indoor & outdoor aquatic facilities, a skate park, miniature golf course, and award-winning recreational & cultural enrichment programs, people of all ages enjoy an exceptional quality of life here.

Location
Gaithersburg occupies approximately 10 square miles in the geographic center of Montgomery County, Maryland. The southeastern border of the City lies just 13 miles from the northwestern border of Washington, D.C.

There are formal council sessions the first & third Monday of each month, during which the Mayor & City Council discuss issues & approve legislation. On the off Mondays there are public work sessions where the elected officials discuss relevant City business. This is a time of research, problem-solving & informal decision-making. Agendas & minutes of past meetings are available online. Council meetings & work sessions are televised live & may be viewed online or on the City’s cable TV channel. Archived meetings may also be viewed online.

City Symbols
The City logo, an oak tree encircled by a green “G,” reflects the small-town ambiance of Gaithersburg & the importance of the environment in our past, present & future. It is representative of the famed Forest Oak tree, a 300 year-old landmark that was felled by a wind storm in 1997.

The peony is the City flower, commemorating the large peony gardens of Edward Schwartz. He cultivated 40,000 plants of 400 different varieties on land that is now home to Gaithersburg City Hall. Some of the peony plants survive at City Hall & at nearby Seneca Creek State Park.

Citizen Involvement
Gaithersburg enjoys a long history of civic involvement, which is welcomed & encouraged in a variety of ways. There are more than 20 Boards, Commissions & Committees that are made up of volunteers who play an important role in advising the Mayor & City Council on vital issues – from economic development & planning to environmental services & cultural arts.

Neighbors helping neighbors is the essence of our community. Opportunities to help abound at dozens of nonprofit, faith-based & educational organizations in the area that can use volunteers with skills ranging from grant writing to teaching to accounting to photography & more.

Economic Vitality
Home to more than 4,000 businesses in the heart of the Washington-Baltimore region, Gaithersburg is in the middle of the fourth largest retail market in the U.S., and is central to the Boston-Atlanta Corridor. We are an internationally recognized center of biotechnology, capitalizing on our proximity to federal research facilities & regulatory agencies including the National Institute of Standards & Technology, the National Institutes of Health & the Food & Drug Administration.

Because of our proximity to the nation’s capital & major global industries, the City plays host to many international & domestic visitors. We enjoy one of the highest educated labor pools in the country. In fact, Maryland ranks fourth in percentage of the population with a bachelor’s degree & second in the percentage with a graduate or professional degree. The City is within an hour’s drive of dozens of colleges & universities, several located just beyond our borders.

Awards
Over the years Gaithersburg has enjoyed local, regional & national recognition for its governance & quality of life. We’ve placed in the top twenty-five on a number of “Best Places” lists & have earned a number one national ranking as a secure community.