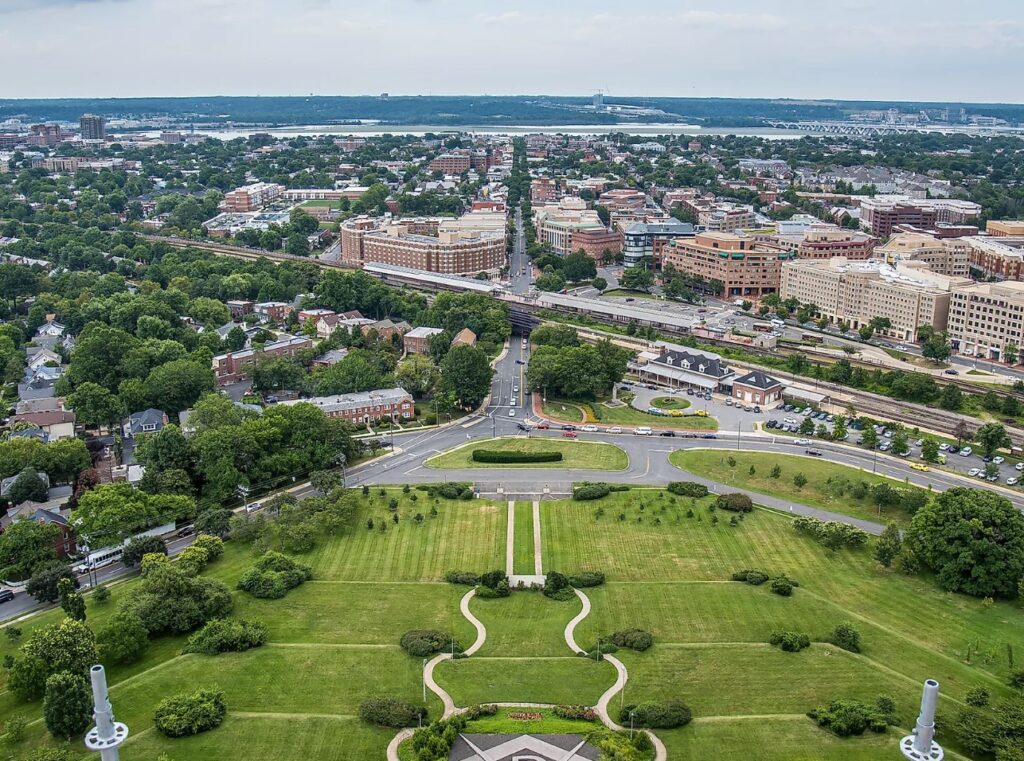 Population: According to the United States Census Bureau, in 2010 there were 139,966 persons residing here. 21.8% of the population identifies as Black or African American, 60.9% identifies as White, 6% as Asian, and 16.1% identify as of Hispanic or Latino origin.

Adjacent Counties: Alexandria is bound to the east by the Potomac River and Prince George County, Maryland. To the south and west is Fairfax County, while the northern boundary is shared with Arlington County. We are roughly 4.8 miles south of Washington, D.C.

Climate: Alexandria is a part of the Humid Subtropical climate zone, which includes hot, humid, summers, mild to chilly winters, and plentiful rain year-round. July is the warmest month of the year, and January is the coldest.

Mean household income for total households in Alexandria in U.S. dollars is approximately $110,671.

There are an estimated 64,361 households here.

The average household size is 2.14 people.

According to The American Community Survey, there are about 106,993 people above the age of 25 in the city. Of those people, some 31,232 have a Bachelor’s degree, and 30,915 have a graduate or professional degree.

In 1909, Orville Wright flew from Fort Myer in Arlington to Shuter’s Hill (now the site of the Masonic memorial) and back for the U.S. army, which resulted in the Wright brothers being awarded the world’s first military airplane contract.

In the 1860s, what is now The Hotel Monaco was called Marshall House. On May 24, 1861, there was an altercation regarding a Confederate flag that the innkeeper, secessionist James W. Jackson, had decided to fly. Visiting Colonel Elmer Ellsworth, leader of the 11th New York Infantry “Fire Zouaves,” tore down the flag that Mr. Jackson was flying, prompting Jackson to shoot and kill him. Jackson was later killed himself by the Colonel’s troops. In effect, this makes the hotel Monaco one of the first sites of the Civil War deaths.

The Torpedo Factory was actually a Torpedo and munitions factory for World War II. Today, it is one of the largest visual arts centers in the US, with 160 professional artists who work, exhibit, and sell their art. The center can also boast 1,000 cooperative gallery members and some 2,000 art students.

Famous African American attorney Samuel W. Tucker was born here in 1913, and staged an important sit-in at Alexandria’s segregated library, leading to the city’s creation of a new library for African Americans.

Alexandria’s Old Town district was established in 1946 as only the third historic district designated in the United States.

The median travel time to work here is 29 minutes, with most residents (76%) driving to work.

There are 204 day care centers within Alexandria.

There are 26 polling precincts in Alexandria – this means that, on average, for every 0.59 mi squared there is a polling location.